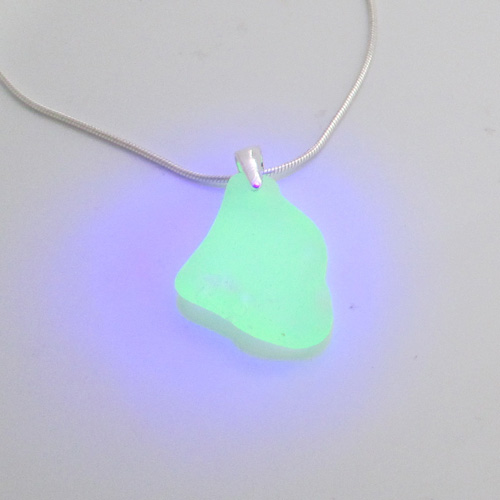 Have you ever looked at your sea glass with a black or ultraviolet light?  You may be surprised to find some of the glass glows bright green. 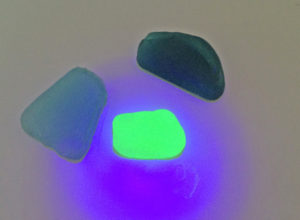 Vaseline Glass is a term used to describe a yellowish-green glass that was produced using uranium in the glass mixture. This causes the glass to glow vivid neon green in the presence of a black light.  The more uranium used in the glass, the brighter the glow. 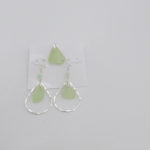 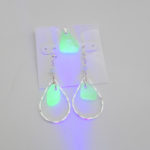 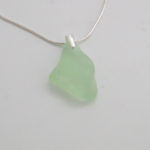 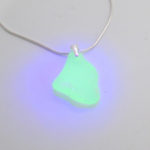 Uranium was used to produce the color of the glass.  The nickname “Vaseline glass” is based on it resemblance to the color of petroleum jelly.  Uranium glass is also known as “Canary Glass”

Vaseline glass was primarily made from 1840 to World War ll. With the outbreak of the war, the US government confiscated all uranium.  After the war a lower grade version of uranium was used, which resulted in a less pronounced glow.

In the early 1900’s Vaseline glass was widely used to make Depression glass dinnerware.  Although making dinnerware out of uranium may seem like a bad idea, companies produced an endless variety of Vaseline glass pieces. 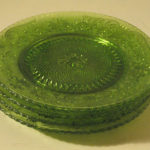 If you find any Vaseline glass on your hunt, consider yourself lucky because it is a rare sea glass find. The only way to confirm you have found Vaseline glass is to inspect it using a portable black or ultraviolet light.  You can obtain an inexpensive black light on the Internet.  After you are done collecting, you need to check all you pieces of sea glass under the black light to see if any of them glow.  WARNING:  This can be an addictive habit!

Check out our website, https://handmadeseaglassjewelry.com/product/vaseline-sea-glass-necklace/, to see more of our Vaseline sea glass jewelry.